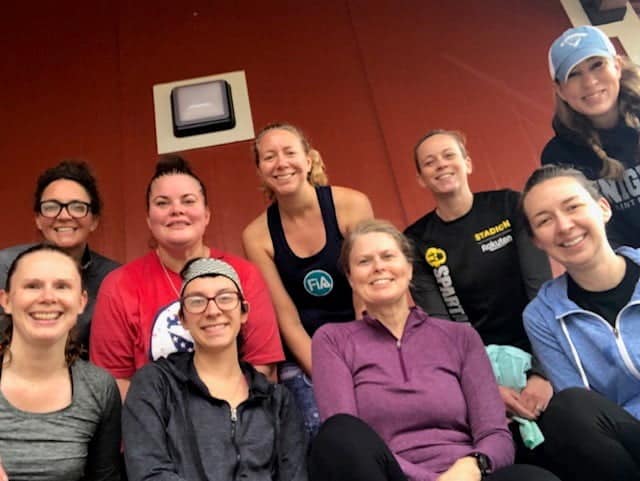 It was a rainy, icky, windy morning so I was so happy to see several ladies drive in at the Snack Shack to start their day out with me.  We tried to stay undercover and it didn’t rain most of the time we were there but we did get a little shower and the ground was just saturated from constant rain the 2 days prior.

We had to count today and there was lots of chatter so some of us would forget where we were and have to pick up with the person next to us.

then another 25 big girl sits ups and lap

We were able to check off our Bingo Box of 100 big girl sit ups in a day.

I had hoped to end the beatdown with one thing but the rain made our mats slippery and I didn’t want anyone to get hurt so we did another 100 squats instead and ended with stretching.

We then had our circle of trust, prayer, and name o rama.  We named our FNG Bridesmaid because as she was describing herself she said several people have told her that she looks like Maya Rudolph who was in the movie (and she does).