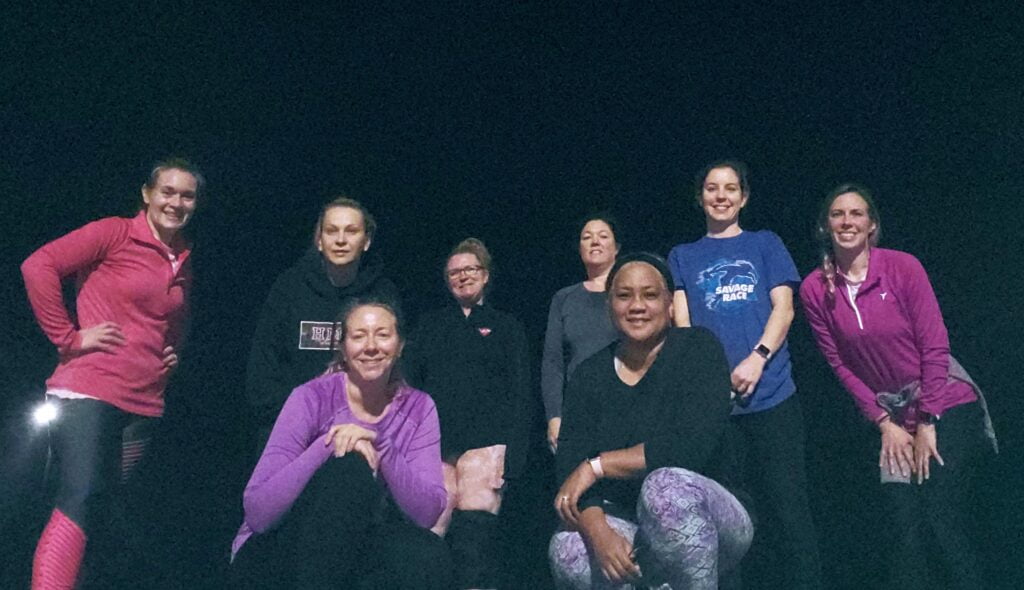 8 beautiful ladies showed up this morning to get swoll with me.

The Warm Up:
We ran a big lap and did some leg stretches while we reviewed the Workout.

The Thang: 11’s!! I always love doing “11’s” but usually change the total number to the date of that day. Today is the 11th, so no change needed! I set cones at each end of the parking lot and then did the workout below.

We got all 3 rounds completed and ended right on time. We circled up for prayer and Name O’rama. THEN…I got to my car and realized that the doors were locked and the keys were INSIDE! Sitting right there on the center console taunting me. I know we have an extra set at home and this was totally fixable, but none-the-less, I was stressed and totally annoyed at myself. How did I even do this!?!? But my FiA sisters were all there for me! Numerous offers for a ride home and Bourbon won. Forgetting the reason I needed a ride, it was really nice to have the chance to chitchat and catch up with a sweet friend. Thank you Bourbon for the ride and the conversation!