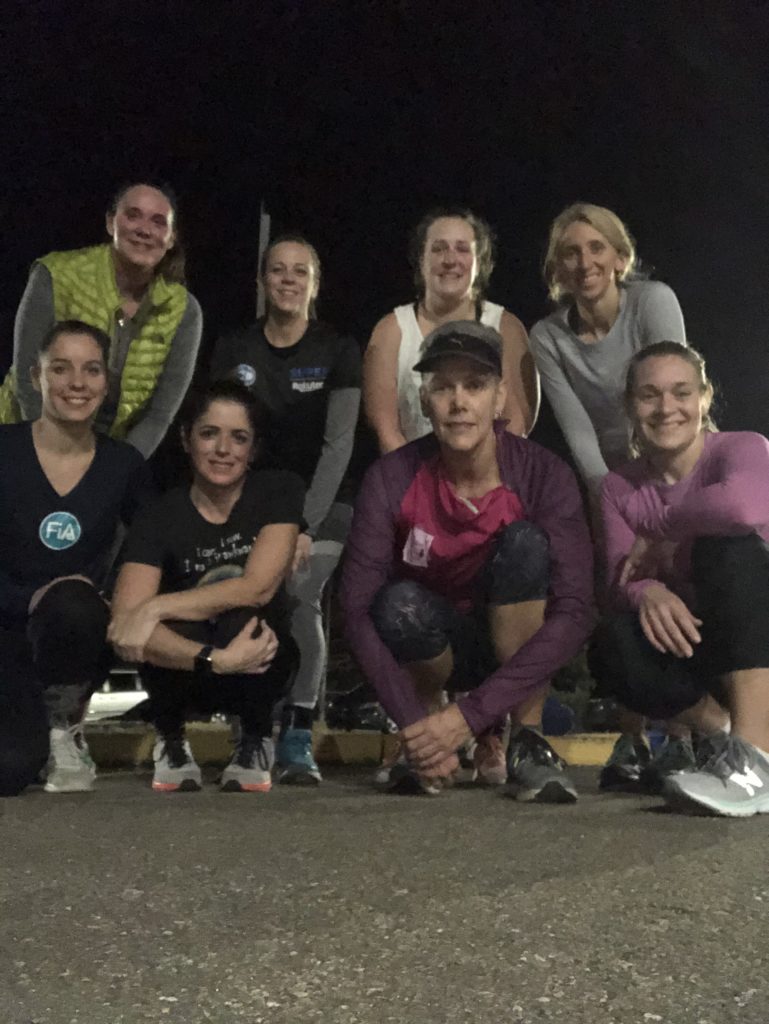 It was a warm 54 degrees at the Union today! No need for layers on this trip to the North Pole!

We warmed up with some basic stretching and some IC SSH and TTT. Then we jumped on board the Polar Express and chugged along!

First- we had to pick up the dreaming children- we called them burpees- as we ran a large loop! One burpee each time you passed a light pole.

Next, we served hot chocolate as we all held high plank (tabletop). Person in the back rubs (weaves) through the tables and then drops into plank at the front of the line. Once each PAX ran twice, we called it!

Next we had to ski the tops of the train cars with the creepy ghost man : 4 skis and 4 diamond jumps forward (narrow squat jump to wide squat jump). We did that about 100 yards.

Next we had to climb up the mountain: 4 Corners with 50 mt climbers per corner

North Pole : We arrived in time to see Santa calling out his reindeer’s names and the elves singing him on his way out!

M (Merkins) are SANTA CLAUS IS COMING TO TOWN IC

With time to spare, the Polar Express made its way back home to drop off each burpee at its light pole.

We had just enough time to stretch, pray, name, and grab a photo! It May have looked like a hot mess Express more than the Polar Express but we burned calories and got #bettertogether

Happy Monday of the week before Christmas 🎄!!!