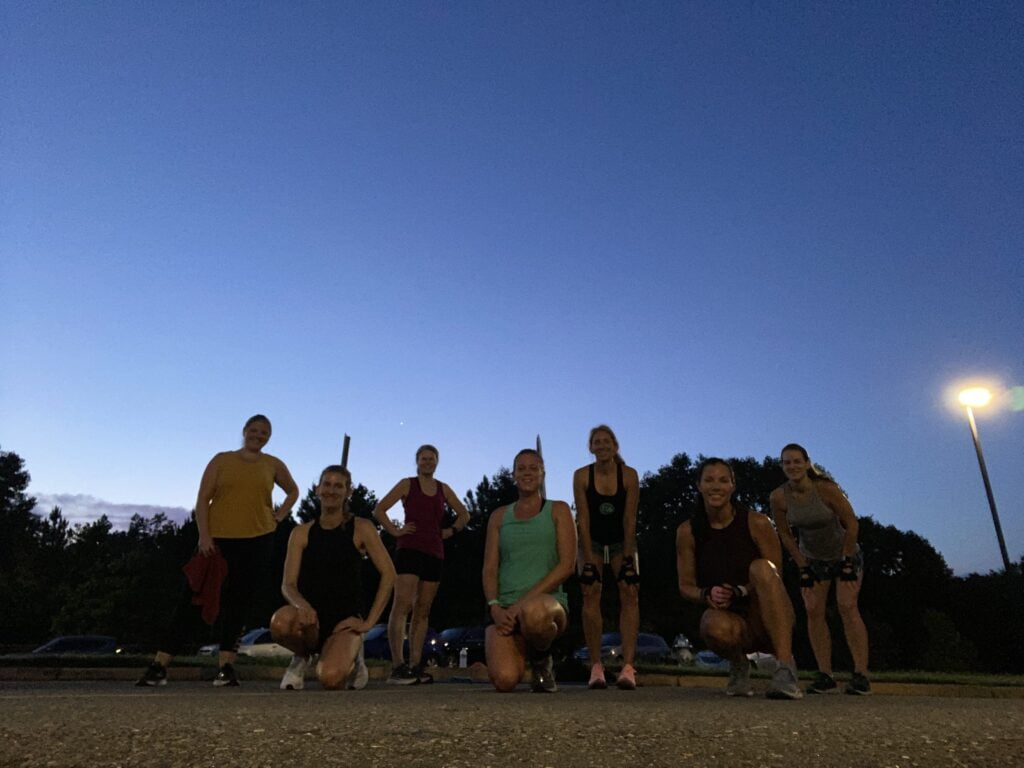 Seven very very brave PAX showed up today after a burpee meme preblast. Note to self- never preblast burpees. We started out with our usual large loop jog and then moved straight into…

Pax performs 10 burpees. When the six finishes, pax performs 9. Continue down to 1 burpee.

Pax partnered up for a 1-2-3 Dora. The parking lot loop was set up with one cone about 20 yards down from the start. A second cone about 20 yards from the first. And a third cone about 30 yards from there. One partner would start on the exercises while other partner would jog to first cone, bear crawl to the second, jog backwards to the third, and then jog the turn and come back to this partner to switch roles. Continue until exercises are completed collectively.

Pax kept their partners and rotated between 2 stations. The first was the  Sprint Bear. Sprint 20 yards, bear crawl 10. Repeat the length of the parking lot and then jog to front lot for next station which was Broad Jump Burpee. One partner does 1 burpee for every 2 broad jumps. Other partner jogs backwards until they get back around to their partner. Switch roles. Continue until you’ve completed the loop collectively. We cut the loop in half because… well…. see THANG 1,2, and 3 above. We repeated each station so that we had done each station twice and then we called it.

It was exhausting- but felt so good to complete it! Major shout out to F3 Nashville for the new ideas! They were killer! Another shout out to our fearless leader Wonder Woman for our sweat towels. They were MUCH needed today!!