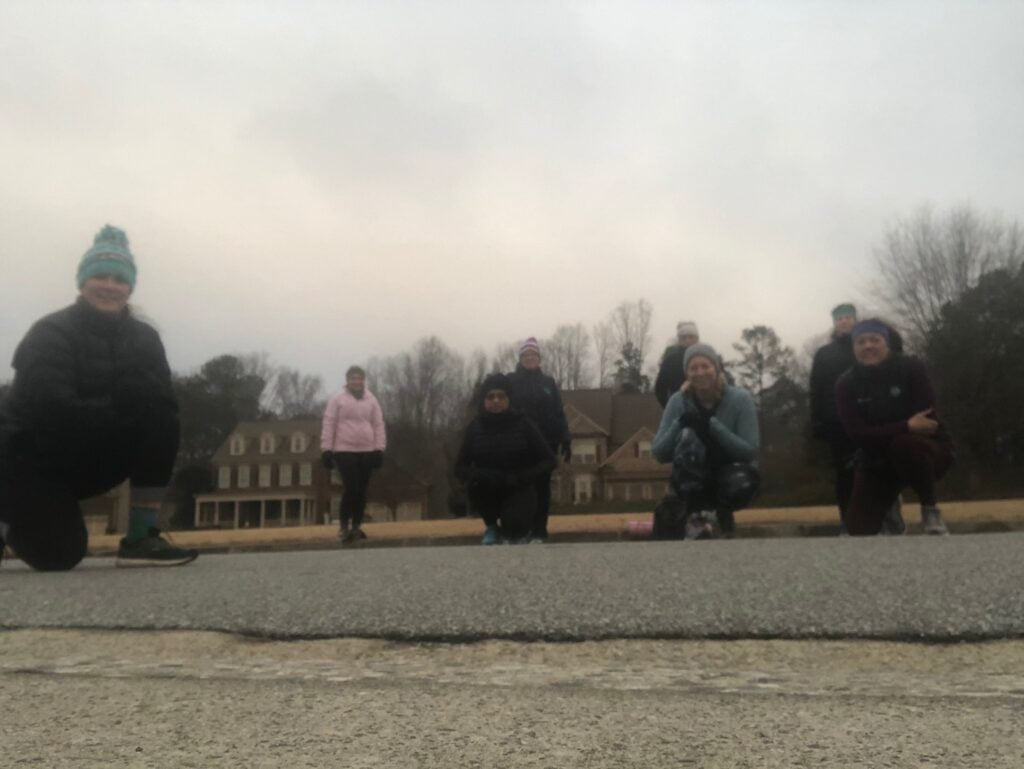 I love looking to see if there are fun holidays on the days I am set to Q and today had 3 fun ones – International Choreographer’s Day, National Vision Board day, and National Take The Stairs Day. So of course we celebrated all 3 at the beatdown. First, we warmed up with some arm circles, Michael Phelps, and then did 1 minute of Butt Kicks to cross off that exercise on the monthly challenge list. The wind this morning was killer so I was worried about staying warm so we jumped around a bit with the 3 routines.

So for the CHOREO round, I used the songs we have moves for, but I wanted a specific cardio song to help warm us up. I thought the current hit “Bang” by AJR would work great.

Bang – so during the verses we did hillbillies, and anytime the word BANG was sung, we did jumping jacks, then back to hillbillies. For the chorus we did jump ropes or some similar move to keep cardio going. We were plenty warm by the time that song was over.

London Bridge  by Fergie – We then went into London Bridge routine with glute bridges. I called out the motions so we would stay together on the verses and the chorus.

Sally – so I made this an arms version and PAX alternated between front raises and side extensions and when it came time to “hold” we made sure to change the hold each time.

We then ran a lap and came back to start some STAIRS work. So we spelled out the word STAIRS with different exercises for each letter. The rep count was 20 and sets were included where possible.

R – Run a lap around the circle

We repeated this and then moved on to VISION to make sure we got through that at least twice too. The rep count remained 20 and again sets were completed where possible.

We took a lap and then repeated this. We then went back and did one more round of STAIRS. The final CHOREO was “What Does the Fox Say.” I gave the PAX a choice last night between sharks and foxes and it was a 3-2 vote for foxes.

“What Does the Fox Say” – so I used the Glee cast version of the song because I thought it was a little more tolerable to listen to. This one is Indian style LBCs during the verses and bicycles during the chorus.

We finished with COT and NOR. Thanks for braving the chilly wind and cold this morning ladies!