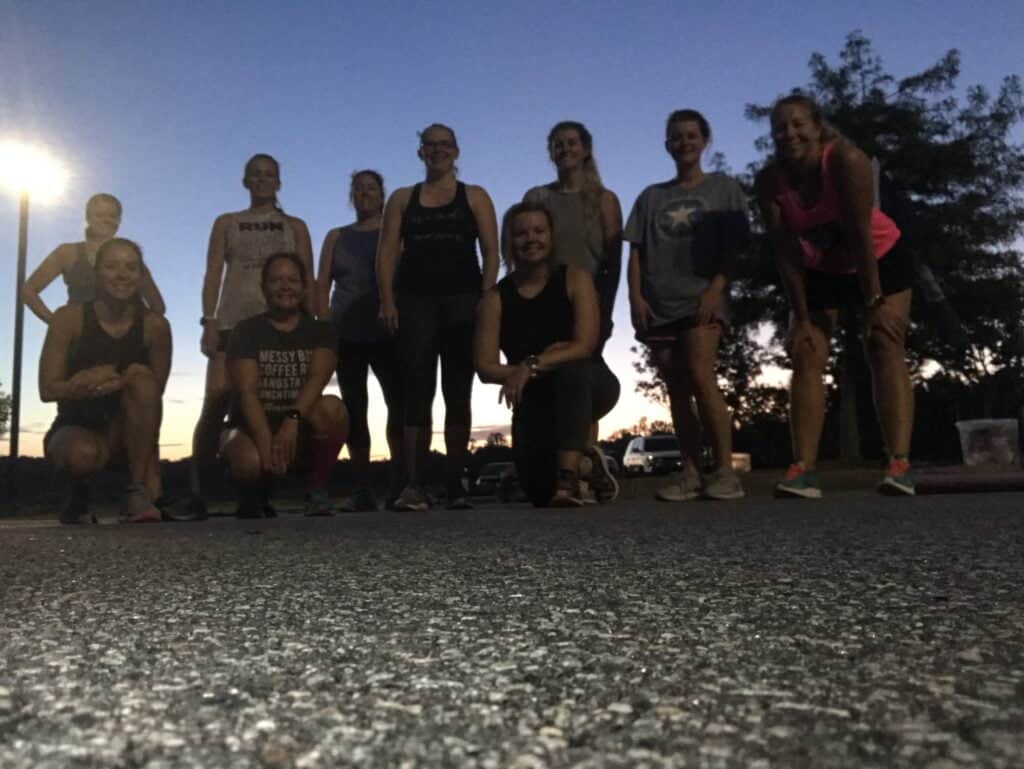 Despite my threatening preblast, 10 PAX showed up to my Groundhog Day like Beatdown!
We warmed up with Michael Phelps, Arm Circles, and Windmills in cadence.  Then we went on an Indian Run around the parking lot.

When we got back, we started our Death by Sally.  Sally is a routine completed to the song Flowers by Moby.  When he says bring Sally up, you go up.  Bring Sally down, you go down.  So, here is what we did:

3. Overhead Press Sally, followed by (you guessed it!) an Indian run

5. Push Up Sally – this one is super hard – followed by an Indian run

7. Tricep Dips, or Kickbacks, or Extensions, followed by another Indian Run

Unfortunately, we didn’t have time to do the last 2: Glute Bridges and V-Ups.  So, I had everyone do 10 V-ups and we were officially done.  We circled up for COT, prayers, and group chat.  It was wonderful to have Chocolate Chip with us on a Thursday!  It was great to see Salude come back!  It was great to grab a couple miles before the Beatdown with Smooth Operator, Charity, and Shrinky Dink!

Thank you for joining me this morning!  It is always my favorite way to start the day!
❤️, 🌤