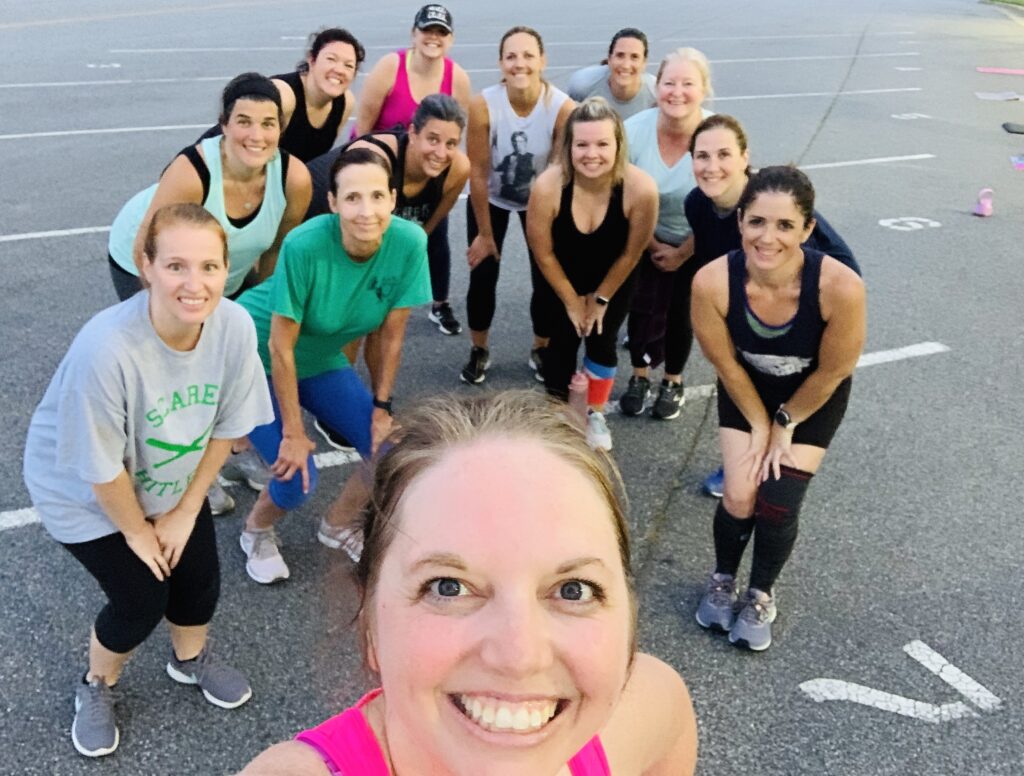 It was another beautiful but slightly humid morning at the Hideout! Some of us started at 5a with a pre-beatdown run then we had a total of 13 PAX come ready to work at 5:30a.

We gathered with a warm-up of arm circles forward, arm circles backward, Michael Phelps, Toy Soldiers (IC), Through the Tunnels (IC), 10 Smurf Jacks & a run or walk to the first light post.

The Thang: Deck of Death

For our main thang today we did a deck of death. I passed out a card to each lady then we used the number on the card as our reps & did the exercise that corresponded with that suit. For face cards, we did 10 reps & Aces we did 15 reps. I kept the Jokers in for fun too & we actually ended up knocking both of those out in the first round.

We had a little time left after going through it twice so we pulled out Domino’s dice & ended up doing some LBCs, Mountain Climbers, Bicycle Crunches. Jumping Jacks, & Push-ups.

We ended with some light stretching, COT & Name-O-Rama where we named our FNG (Jackie). She recently moved here with her family from Miami & she mentioned being on several different personal journeys in addition to the move so we named her Journey.