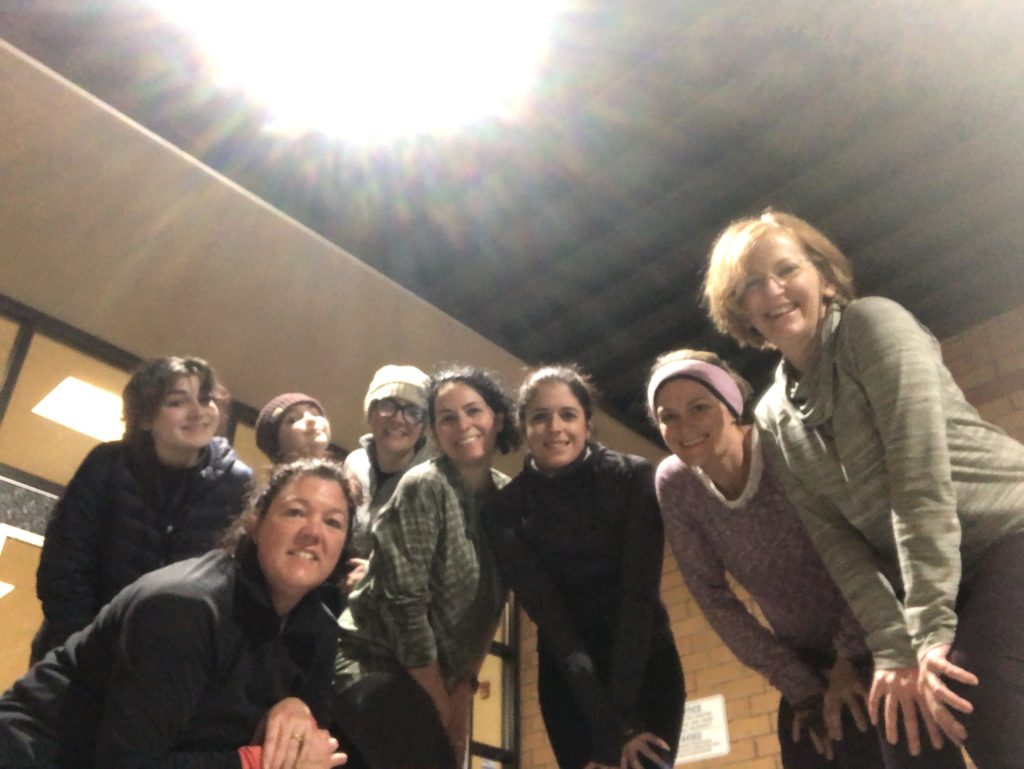 Another rainy and cold Friday morning did not stop 7 PAX from joining me at #the_hideout today. We took cover near the back doors and made good use of the space with this workout. We warmed up with some arm circles, jogging in place, and then windmills in cadence while I explained the beatdown.

In between rounds we jogged the whole covered walkway and back to start next round. We did our fair share of each exercise over the four rounds.

Then we moved on to Top Gun – leg version. After seeing it in action at Thursday’s Foxtrot beatdown with Partly Cloudy, I knew it would be a good one with legs too! This also came from F3 lexicon. So 10 minutes of cycling through 5 different exercises with 10 reps each, and at the end of each minute PAX would enter the “danger zone” and stop the exercise to do 5 star jumps. The exercises included:

We finished the beatdown with Bat Wings and added Morroccan Night Clubs at the end after the overhead claps.

So glad these ladies joined me and powered through this one like champs!