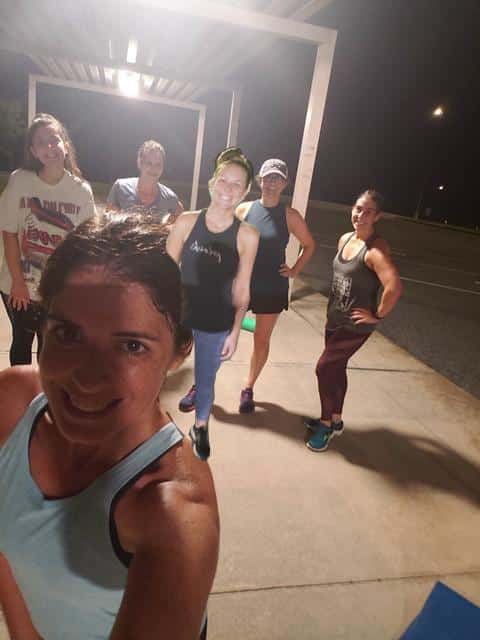 What an awesome morning we had!  4 PAX met up to run this morning and then one had to head home before the beatdown…and two more joined us…so 5 at a beatdown that had us giggling and singing our morning away!  (Also, Southern Charm photoshopped Killer K onto my shoulder since she had to leave…and she IS like an angel on my shoulder!  😀  )

The temperature was perfect and we had so much fun, we didn’t even mind the few little sprinkles that hit us as we worked!

First, we started with warmups (arm circles and Michael Phelps) while I explained how…really…this whole beatdown was going to be Southern Charm’s fault.  I love me some Weird Al and so does she, so I had promised her a Weird Al song challenge one day…and today was the day…Weird Al was THE THANG!

We didn’t make it to these, two, but you can do them later if you just want!

Afterwards was COT and Name-O-Rama.

We wound up with a little over 2 miles in the beatdown and seriously just laughed and sang through the whole thing!  Seriously, I had so much fun with you ladies this morning!  Thank you for joining me and making my day better!!