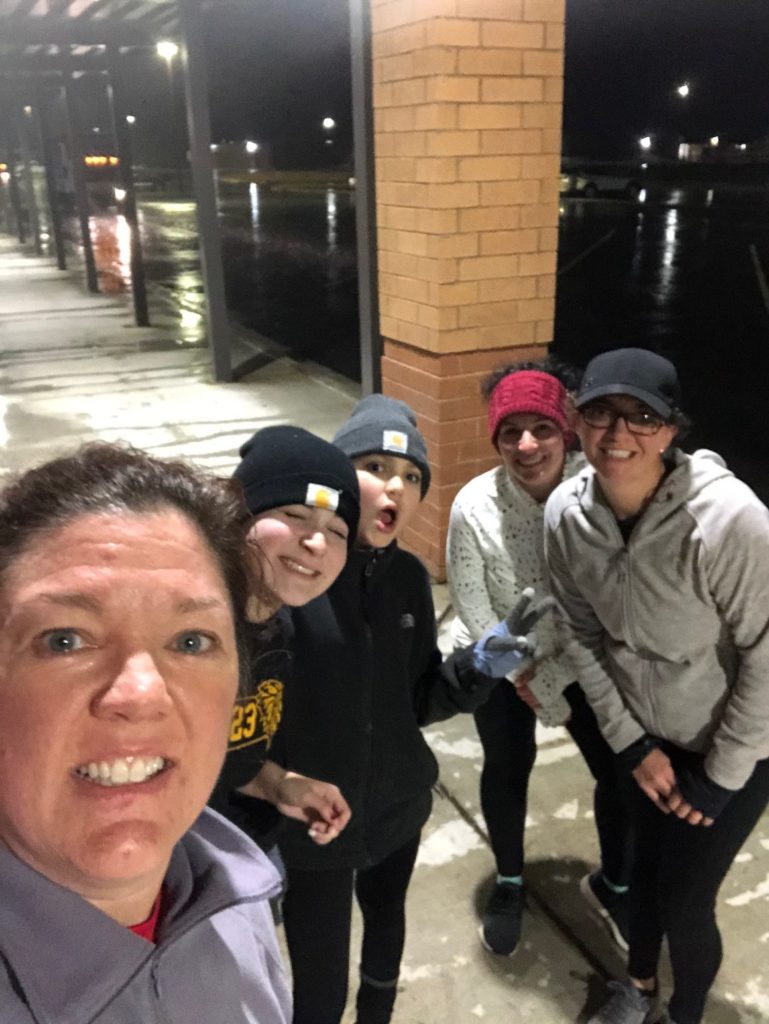 The theme for the beatdown had us counting to 13 in some form or fashion. The music matched the “scariness” of the rain that was just pouring at times. Thankfully we were able to stay under cover and still get a great workout. We warmed up with TTT IC, some arm circles, and jumping rope for about 30 seconds and then went right into the thang.

The first round was “13 Sweaty Minutes” which consisted of doing 13 different exercises for 30 seconds each with 3 seconds between each exercise (Shhhhh… don’t tell anyone but it was actually just over 14 minutes). So the goal was to move fast to get from one exercise to the next. The ghosts were messing with my timer though so PAX ended up with a couple more seconds at times.

We worked our way down the list and then back up the list to get the whole 13 minutes.

and then we did a fast water break and started back up the list.

The next round was “13s” (like Eleven’s but with 13) and we alternated between Around the Worlds and Star Jumps. Half of us ran from the school entrance to the next doorway down and the other half ran the opposite direction about the same distance down the covered walkway.

We still had time for a Round of Abs and each PAX called out an ab exercise. Then we finished with the Christmas CanCan. All were sweaty at the end! Then we circled up and prayed and did name-o-rama.