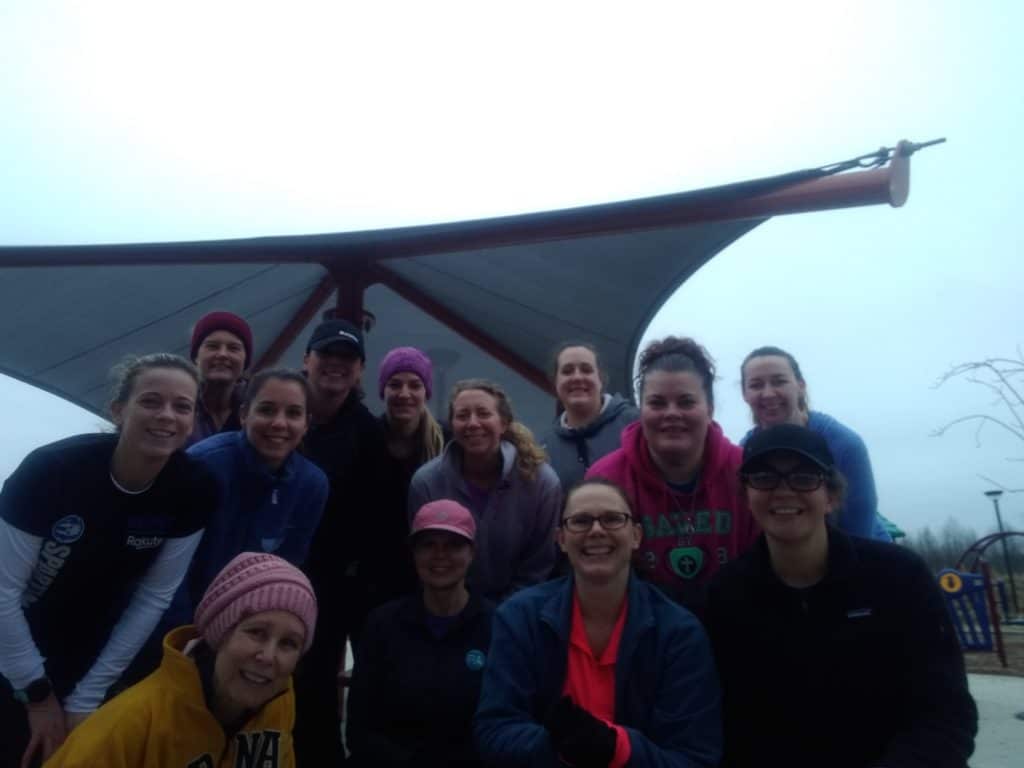 14 PAX showed up bright and early at Foxtrot on Sat to get better together!! It was a tad chilly to start, but I made sure to warm everyone up real quick!

We started with a quick round of Hokey Pokey – plank edition!  We held a plank and raised out our hand, foot etc…as the song called them out. We did down dog for whole self and hip dips for left/right hip.

I introduced everyone to Dora’s evil cousin, Greta.  Same concept as a Dora except the PAX had to carry a sand pup during their run.

Next we did 2 consecutive rounds of batwings without putting our arms down. Fun!!

We had just enough time for a round of abs – PAX choice!

It was an arm burnout for sure! Thanks for hanging in there with me ladies!