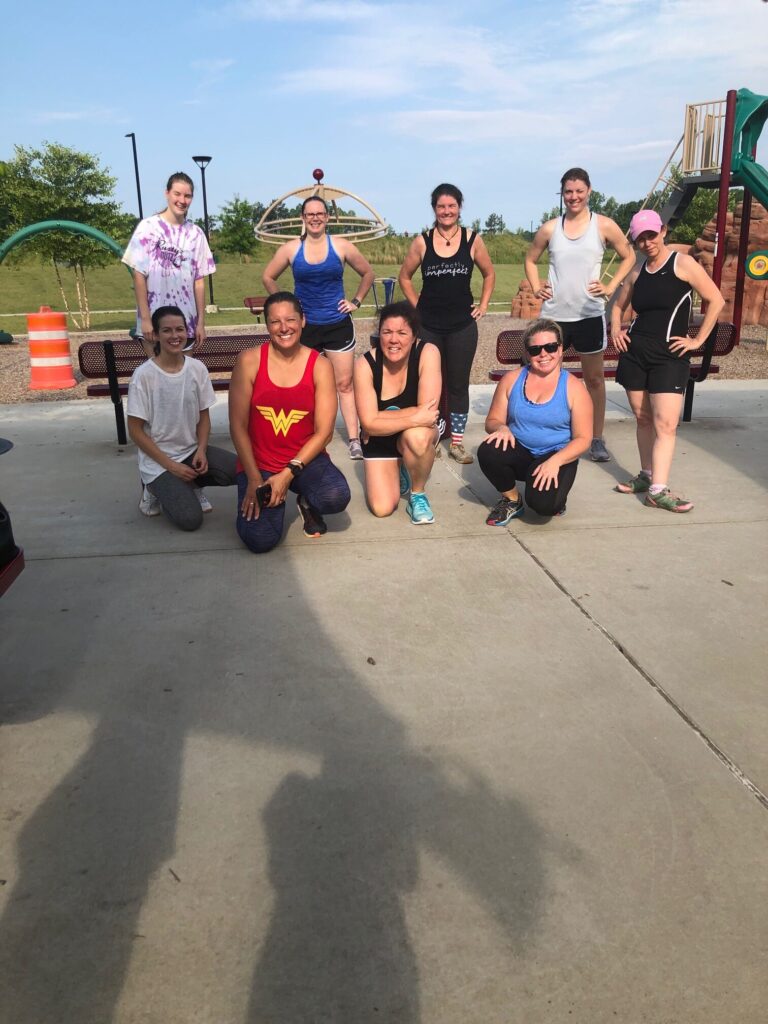 So we started right on time with a disclaimer for our FNG and some arm circles, Michael Phelps, and then TTT IC. We then played some 4th of July trivia where PAX chose one of two options for the answer and if they got it wrong, they added a burpee onto their 10 reps of an exercise. The exercises were high knees, jumping jacks, jump rope, and butt kicks. It worked a little like Never Have I Ever, but all about the 4th!

We then moved into spelling Happy Birthday America. Each letter had an exercise that started with that letter and for most letters, the rep count was 20. I included a Bingo Box into the workout so that PAX could check a box after the beatdown. Those reps were 31 each of Twinkle Toes (squats with a calf raise), Bicep Curls, Push ups, and Big Girl Sit Ups (which we broke down into 2 sets of 10 and one set of 11 during the beatdown). Here’s how it went:

A – Around the worlds

I – Imperial storm kickers (from F3 lexicon); like Imperial walkers but with a kick vs bent knee (Like a CanCan)

Y – Your choice of Abs

A – Alternating side lunges

We had time to go back through it again but took out the Bingo Box moves and kept the rep count of 20 each.We finished with some stretching and then COT and name-o-rama. WELCOME TAD!!! Hope to see you again soon!