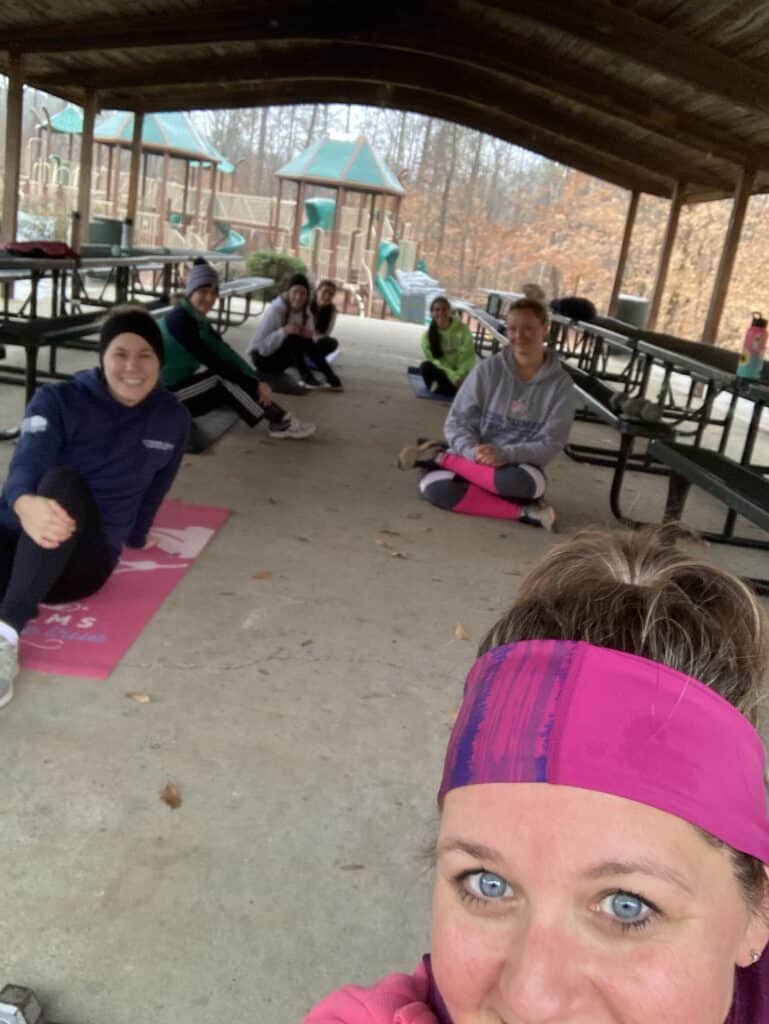 It’s National Hugging Day! 🙂  And I wanted so bad to give these six ladies that joined me a big ole hug…but, stupid Covid! Especially since the weather today was rainy & wet! So instead I decided to make them work for a socially distanced hug! We jumped right in with a warm up song challenge – Krazy (Pit Bull) – Seal/JJ & but kickers.

I deconstructed the word HUG to Hips, Upper body & Groundwork…Legs/Arms/Abs…45 second Tabata for each exercise.

*!!!!This was about the time a little MOUSE friend tried to join us!! AHH! Thankfully Ramsey’s kids were the lookout because the beatdown was almost canceled y’all!!  I don’t like mice!! Not even the Disney kind!!!