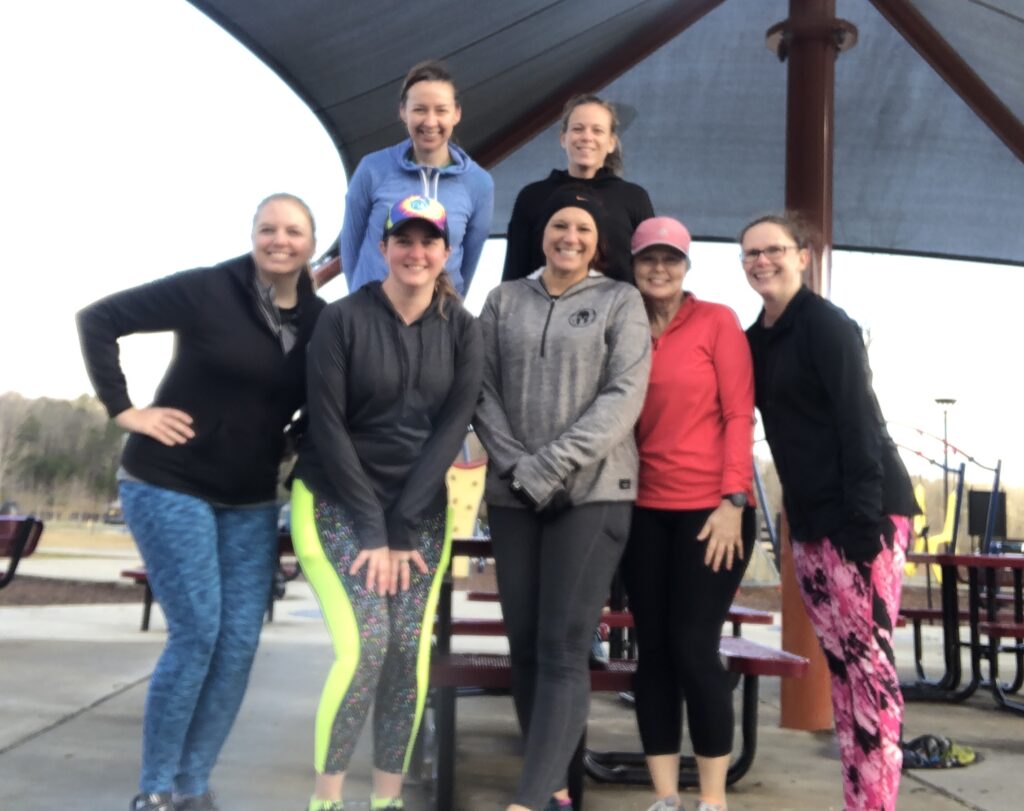 We had so much fun this morning.  The wind was blowing harder than I would have liked and my hair certainly showed it by the end of the beatdown but we still had a good time.  We started with stretches, some toy soldiers IC, and some windmills IC.  We then broke into 2 groups and started our basketball brackets.  Things I learned this morning: (a) some people are better at basketball then others, (b) one group couldn’t keep up with the count, & (c) Raptor secretly loves BGSU’s as she got them every round but the last.

I had a basketball bracket typed up for each group (in the pic below) and had a trash can and tennis ball for each group.  Each person took turns trying to get the tennis ball into the trash can.  If they made it they did the first exercise of the 2 and if they didn’t they did the second exercise.  The first round we did 15 of each exercise that was pulled (sets where needed).  We then took a lap.  The next round we did fewer exercises as some had been eliminated so we did 20 of each and then took a lap.  Each round we had fewer exercises and higher reps of those that we did.  My group came down to jumping jacks and BGSU’s and jumping jacks won so we ended up doing 100 of those total over all the rounds.  The other group came down to LBC’s and donkey kicks with LBC’s being the overall winner.

We had a little time left so we did 2 song challenges.  We did “Hustle” by Pink where you do Pilates 500 throughout the song and did an in & out every time she said “Hustle” which was a lot by the way.  We then did Fergie’s “London Bridge” where you do alternating glute bridge marching during the verses and glute bridge pulses during the chorus.  We ended with a few stretches.

Announcements: we are taking up feminine hygiene products throughout this month and the “Running with my Gnomies” run is tomorrow morning at 7:30 at Etowah.

Thanks for joining me ladies.  It was a fun morning.