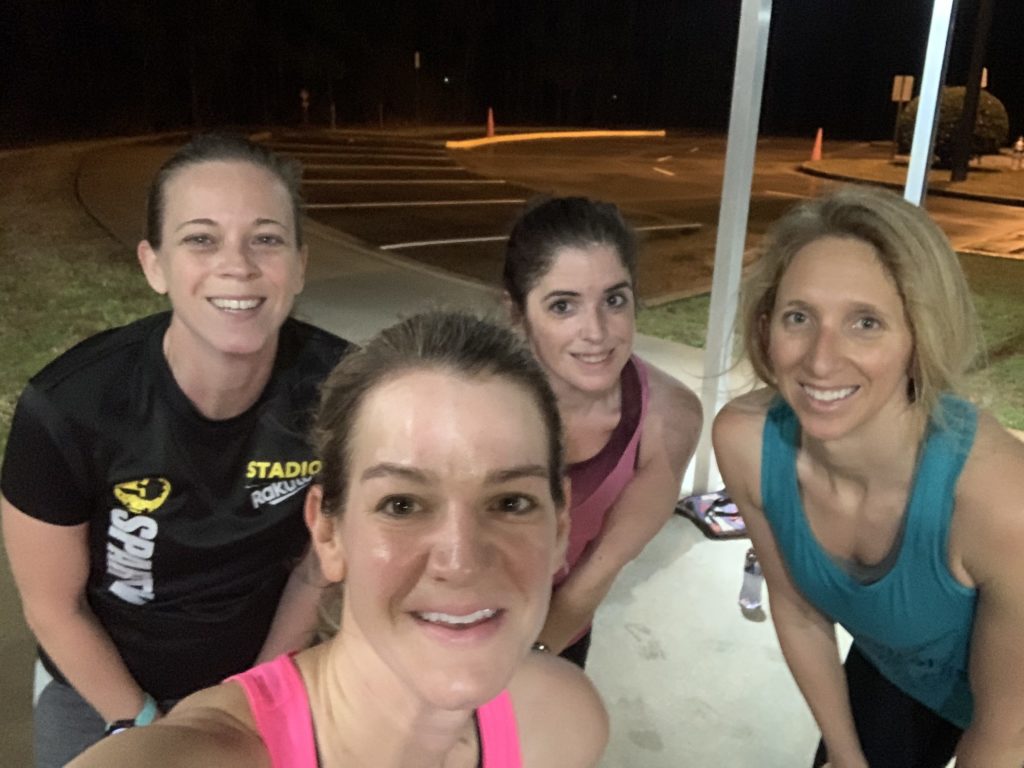 What an awesome morning at the Lair!! I was greeted by 3 amazing PAX, and they were there to get it done! It was 100% chance of rain, but apparently God was on our side this morning.  He parted the clouds over our heads for almost the whole beatdown!
Seeing as though I did not have a back up plan, that was greatly appreciated! 😁😁

This beatdown consisted of pretty much… Running! Lol!

I called it crazy eights because we were, in a sense, running in a number eight formation. We started by running the front loop of the parking lot, then up the stairs, and then onto the back loop of the parking lot.  It was a little creepy in the back lot, so I will keep that in mind next time! Definitely not a lot of light back there, so we made sure to stick close together.  After our first loop, we met back under the awning (aka, meet me in the middle), and did the first exercise on the list. After completing the first exercise, we took off and ran another crazy eight! This continued down the list of exercises, with a run in between each one.  A simple beatdown for sure, but it allowed us to all get 3+ miles in of cardio. Win win!!

As we were running our first loop, Valor started singing the song, “Meet me in the middle”. It sparked a conversation about the Braves, and how they use that song a lot in the stadium and in commercials.  At least that was what I was remembering about the song, lol.  🤔 The other PAX seem to be confused, so then we spent the rest of the workout trying to figure out if that truly was the correct song! This meant lots of singing and chatting while we were making our loops. 😁 What a fun way to start our day!

As soon as we were close to the end, the skies opened up, and we finished up our list of exercises before heading out. Thank you ladies for joining me! I really had a great time!

Prayers were said for Chocolate Chip’s sister because she is having trouble with her blood pressure again since having her baby. Please lift her up in prayer!!!