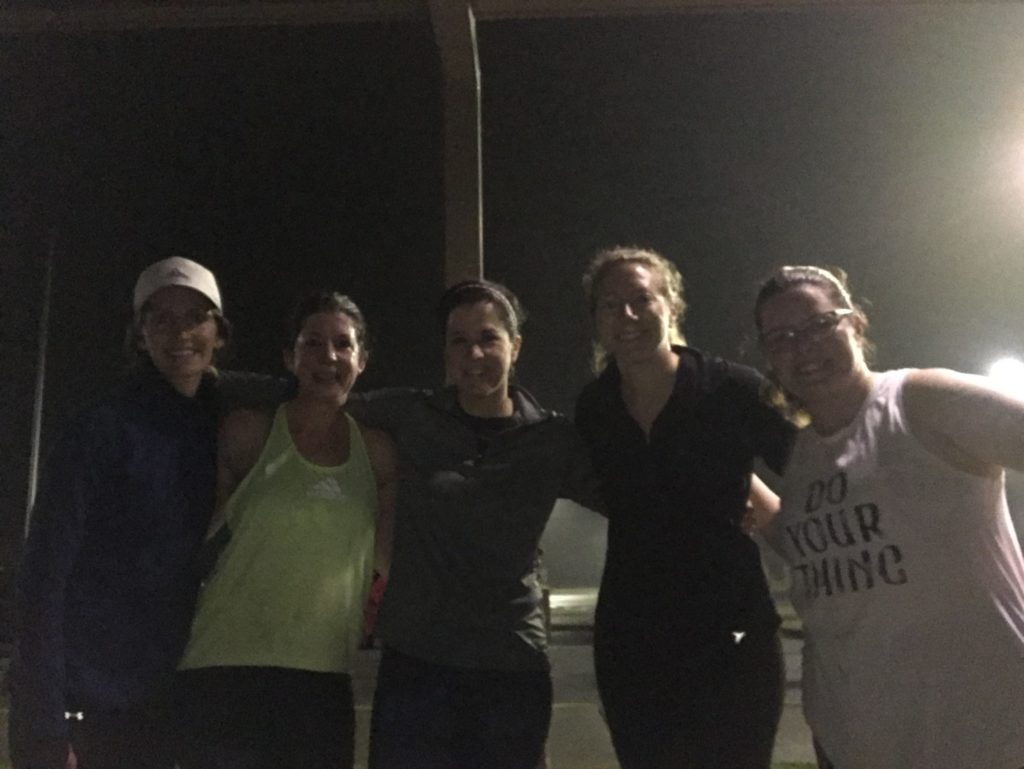 5 PAX braved the wet weather once again to join me at the Den for a March 3rd Triple Check.  It was so wonderful to see Hallmark again – we have missed you, girl!  I am missing all of my other PAX that have been slacking on Tuesdays lately.  Come back to us!
We kicked off our Beatdown under the cover at the front of the school with arm circles, Michael Phelps, TTTs, and Skaters.  Since it wasn’t actually raining at the time, we ran the tiny little end to the big loop as a warm up lap.  Then we got started on our Triple Check.
Normally, we partner up in teams of 3, but since there were 5 of us, we had 2, 2, and 1 doing each of the 3 exercises.

PAX repeat reps until the person doing Lt. Dan comes back, then we rotate.  After the first round, we realized this triple check is pretty darn hard, so I trimmed the Lt. Dan part to down, run back.  That helped.  We completed each round 3 times.
Next up was another Triple Check.  Both resulted in a check of the Bingo Box.

I had to include the Inchworms in case it was pouring.  Thankfully it was not and we all opted for the run, even though it was on noodle legs.  We made it through one rotation before 2 PAX had to leave to head to work.
Anchor, Hallmark, and I made sure we had our 31 push ups and flutter kicks, then cut the Triple Check short to do Joan of Arms.
Just like Lt. Dan, there is a 1:4 ratio with bicep curls and around the worlds.  It is SO hard!  We made it to 6:24, then stopped for Abs.
We did a 1:2 accumulating ratio for Indian Style LBCs and Bicycles for 2 minutes.  Then our time was up.
We circled up, prayed, and talked murder podcasts as we packed up.
I hope everyone stays safe out in the rain this week.  I hope to see you all at a Beatdown soon!