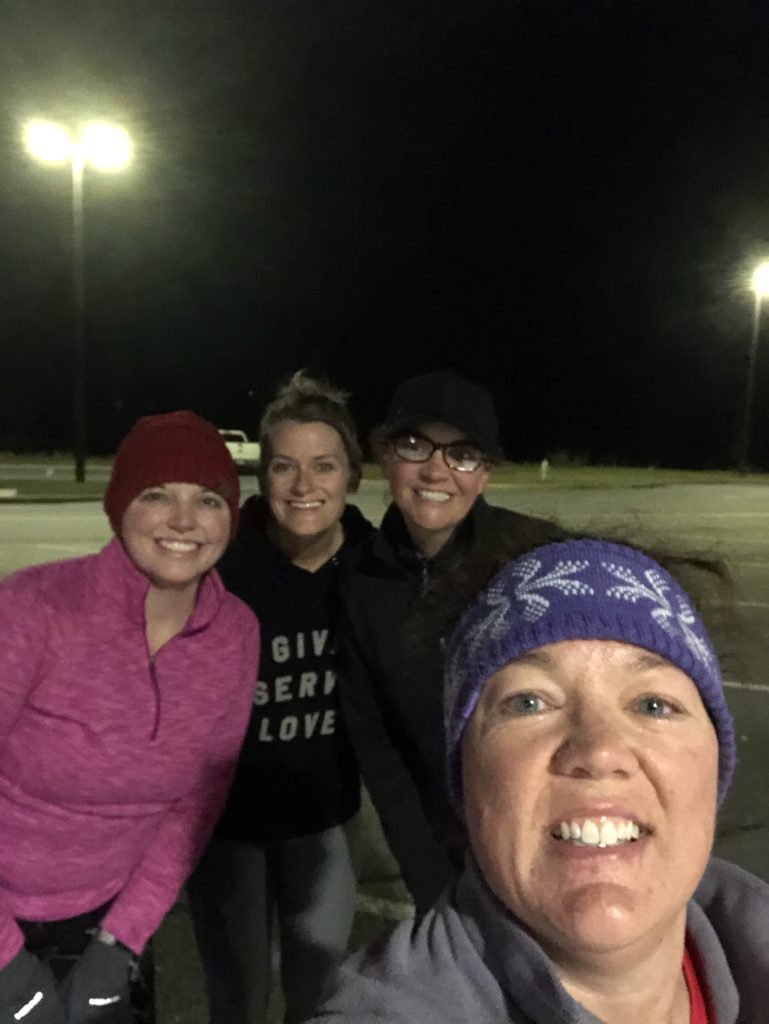 So we began this new month with freezing cold temps, which 24 hours earlier had been 70 degrees! We braved the elements together and accomplished 3 rounds of Ring of Fire and finished with 3 rounds of Thanskgiving Dinner (see below)

Warm Up: Some arm circles both directions, jogging in place to warm up our lower half, and TTT in cadence.

The Thang: So for this Ring of Fire beatdown, each round consisted of an arm exercise, a leg exercise, an abs exercise, and a cardio exercise that would get passed from one Pax to the next. While one Pax was doing the main exercise, the rest were doing a different one until it was their turn and then went back to the other exercise until all were done.

Then we ran a lap to the lightpost and back

We ran another lap to the lightpost and back

We then ran a longer lap to 3rd light post, around the grassy island, and then back.

To usher in November I decided to create a Thanksgiving dinner set where each part of the typical meal equaled a certain exercise. So we did 3 rounds of a “meal” where each of us picked a slip of paper with a food on it and did the corresponding exercise. The food items and exercises were as follows:

Turkey – 10 burpees (yes, be proud of me, I put burpees in my beatdown!…and someone chose it, too!)

rolls/bread – 10 squats with a pulse

pumpkin pie – 10 around the worlds

We finished with COT and name-o-rama. Prayers were asked for patience and peace with our kids, with toxic situations in our lives, for Mark as he endures treatment, and for general health and wellbeing for friends and family.