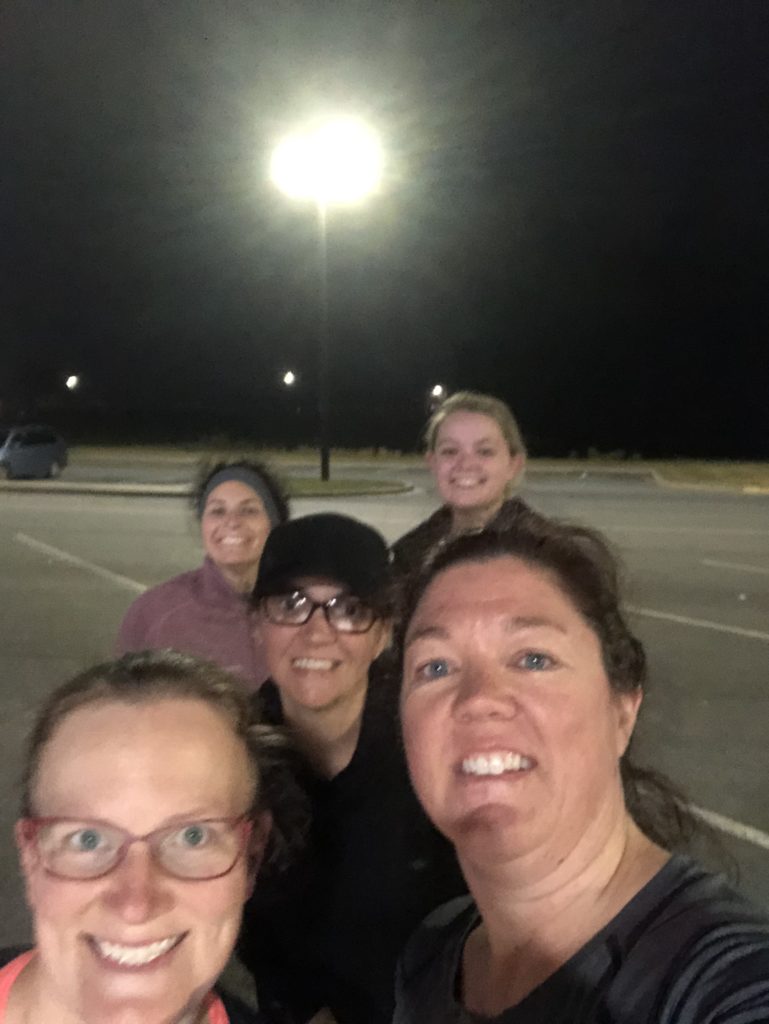 I’ve been wanting to do a song-based workout and finally figured out how I wanted to do it. So today my fellow FiA ladies at the Hideout completed a full-body song beatdown.

Warm up – we did some arm circles and stretches on our own as I explained how the beatdown would work.

The Thang – With each song there would be one exercise during the verses and a different exercise during the chorus. There were 11 songs total and the exercises focused on Abs, Arms, Legs, and Cardio. The goal was to move with the beat of the song, either with it (jogging along to the beat in Take On Me) or half-time.

These were the songs in order:

We finished on time and the whole thing! These ladies just KILLED it today – Sally , Baby Shark, London Bridge and so much more all in one beatdown! We closed with COT and name-o-rama. Prayers were shared for Shrinky Dink’s trip the rest of the week, her hubby Mark, others asked for patience and peace for general life stresses.