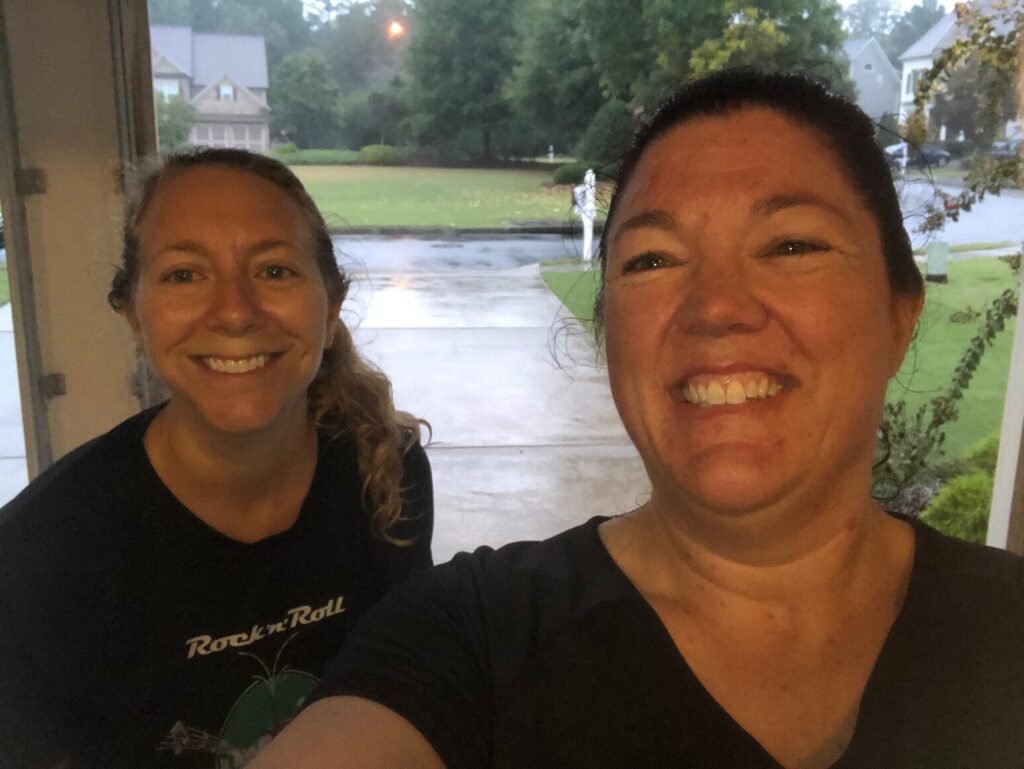 So it was supposed to stop raining around 7 AM and yet it persisted throughout the workout. Thankfully, Partly Cloudy graciously made room in her garage so we stayed dry for the most part (sweat was still happening!). I decided to bring back a Q I did at #the hideout over the summer for today’s beatdown. After Thursday’s #foxtrot beatdown, PC and I were both still feeling it in our shoulders and arms and chest muscles, so this one wasn’t much help, but we powered through it.

We warmed up with some kangaroos, arm circles,Michael Phelps, and TTTs. We then moved right into the Thang.

I structured this one to be whole body (one round each for arms, abs, legs, cardio) across 5 rounds with the final round being a combination of parts. The first exercise in each round was for a total of 30 seconds, then the next was for 45 seconds, and the last in the round was 60 seconds. We finished each round with either a plank or a wall sit for 60 seconds. There was 5 seconds between exercises so one move went right into the next and each round went right into the next round. When we finished the first time through it was still raining pretty steadily so we opted to just jump right into a 2nd time through rather than running. When we finished the 2nd time, PC needed to do sleepwalkers to check off that bingo box, so we did a round of sleepwalkers in the rain, which had slowed down a little by that point. We then finished off the hour with 5 minutes of abs, cycling through 10 reps each of big girl sit-ups, toe reaches/touches sets (on your back legs in air and reach for toes), and Indian-style (aka pretzel) crunches.

We got to chat about anything and everything during the hour and sweated together. We missed some of our usual folks and we hope they return for the next one! In typical PC and Shrinky Dink fashion, we forgot something at the end of the beatdown – today it was name-o-rama and prayer. I did remember the picture though!