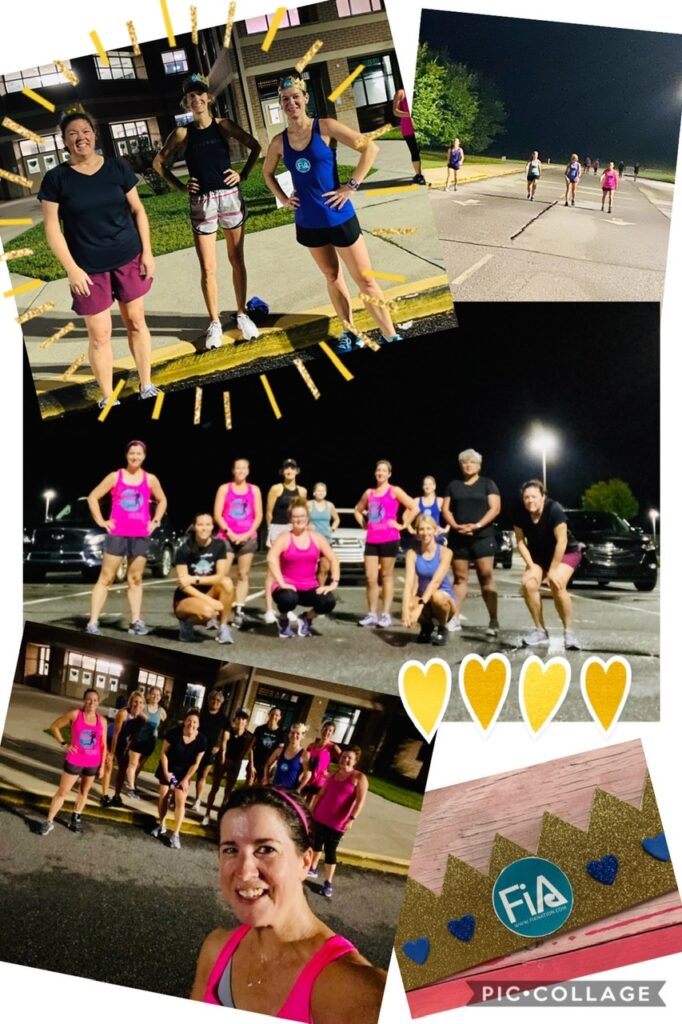 Rain clouds, mist, gentle breeze, and darkness greeted us to begin our run. I think it’s not a coincidence that the weather somewhat mirrored the heaviness we’ve all felt and experienced lately.  News of a tragic loss of a young life of a middle school student only compounded that wave of emotions we all felt today.

Despite those feelings, we laced up and rolled out to release those emotions as we pounded out a few miles. Running and movement are definitely healing as your endorphins take over to free your mind and heart.

Not everything was so bad, with a lighter load at the end of the run we were able to squeeze in a little fun too.  Today’s edition of running with The Pack included a FiA Olympics event of Sprints.

We ran the usual route for about two miles. There was a pause at the MS; an offering of  prayers and a coming together to grieve for a young life lost and a hope of peace and comfort to those left behind for understanding.

As we made our way back to the HS we lined up for our Sprints Challenge. We had approximately 50yds to cover. We had two initial heats, three intermediate heats and a final.

First round saw Valor and Chocolate Chip neck and neck with Hallmark taking a slight lead and Diggity rounding out a very close 4th. Second heat saw Guac go hard with Megaphone and Shrinky Dink battling in a tie for second with Anchor coming in tight to finish fourth.

The second round pitted Valor, Hallmark and Chocolate Chip in a battle to make it to the finals. Hallmark barely edged them out by running the sidewalk vs the pavement. Megaphone, Shrinky Dink and Guac rematched to run for finals. Guac pulled off a heat win, but also a pulled muscle and Shrinky Dink who barely held off Megaphone advanced to the finals. The last second round was an unusual head to head between Anchor and Diggity Dig who SKIPPED all the way to the finish. Diggity had the advantage with longer legs and landed herself into the finals!

The final sprint was FAST!!! Hallmark poured on more speed along with excellent strides to come in first. Shrinky Dink and Diggity Dog were a photo-finish for second and third and it was called a tie.

Wow! We have an amazing and competitive bunch! But what I love most is that love and health brings us together again and again and in the end, we are all winners with an awesome prize of being #bettertogether.