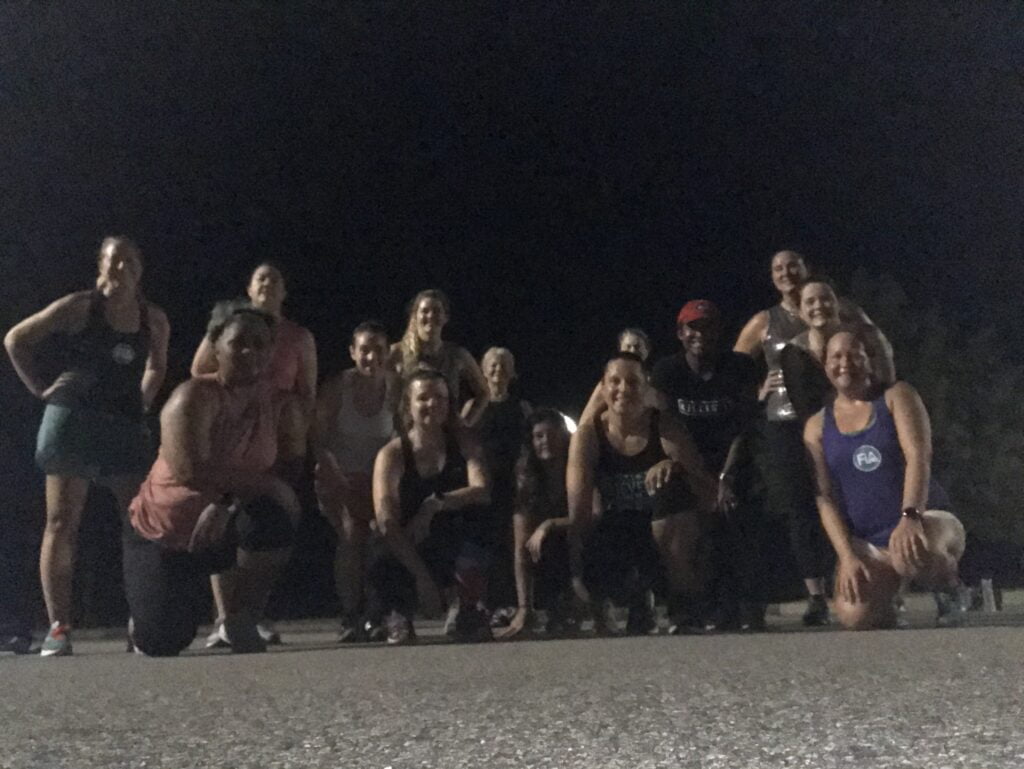 This is the week of comebacks!!  Snickers and Magnolia are back and we are just so excited to see your beautiful faces!

We started off with a few stretches, arm circles, and Michael Phelps while I explained today’s drill.  Then we played a quick game of Would You Rather. If you prefer the first option, side shuffle left, second option side shuffle right.  Half way through, we switched to grapevines.

Burpee or Push Up?

Once everyone was warm, we partnered up.  PAX pairs could run any course they wanted, but they had to run a Route 66, stopping at 11 light posts and doing an increasing count of squat jacks.  So at the first light post, do 1 squat jack.  Then 2 at the second…all the way to 11.  Then head back to your mats.

Next up, we did Paincake Leg Wreckers.  Keeping your same partner, 1 PAX does Lt. Dan down to the crosswalk and runs back.  The other PAX does paincakes at the mat until their partner is back.  Then they switch.  Lt. Dan is 1 squat, 4 walking lunges.  Then 2 and 8, 3 and 12, 4 and 16, etc.  Paincakes are 1 big girl sit up, roll over, 1 push up.  Then increase to 2 of each, then 3, then keep going or start over at 1.
PAX took turns between paincakes and Lt. Dan for four rounds!
At 6:02, we stopped the leg wrecking and completed Valor’s Coregasm routine.  Lots of hard ab moves! 1 minute of each, no rest between.

4. High Plank Around the Worlds

After that, everyone just laid there dead for a minute, star gazing.  You know it is hard when I announce you are done, and no one moves!

We did manage to snap a group photo, circle up, pray, and do Name-O-Rama.  Thanks for hanging with me ladies!  Have a great day!