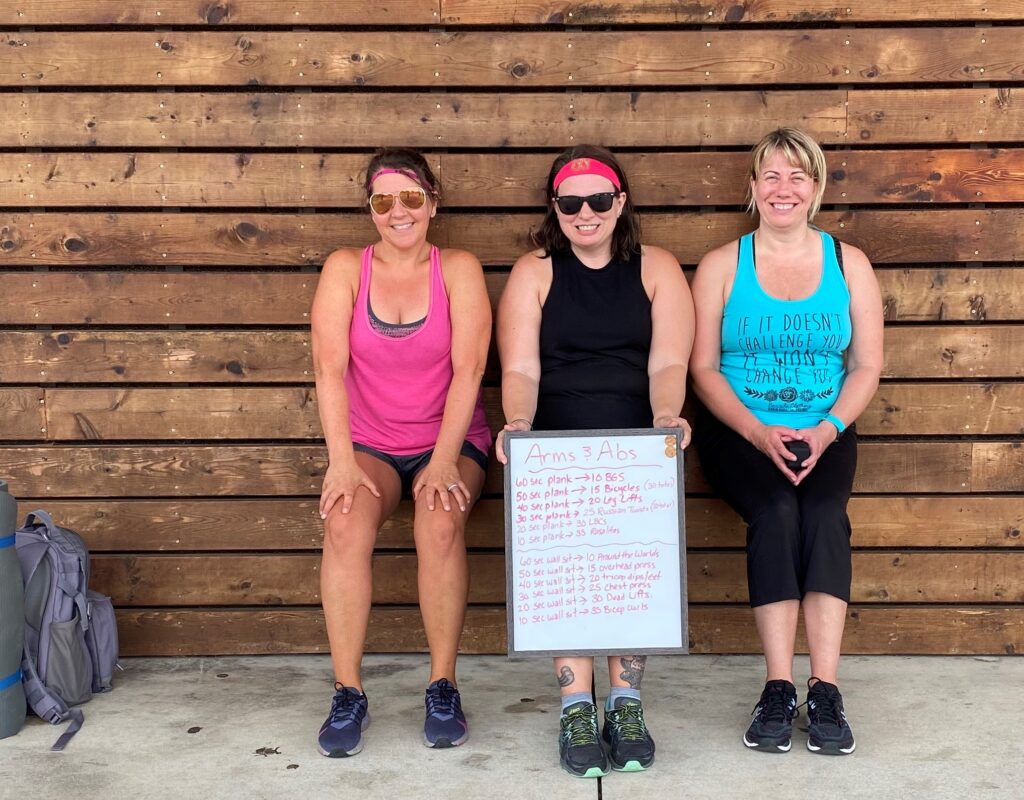 I stole an idea from FiA Greenville for an ab workout, then added some arms in for good measure.

Warmup: We did some Jumping Jacks and Windmills in cadence to get going, then we jumped in!

Our first set went a little somethin’ like this –

We ran a lap at the end of set one, then on to the next!

For our second set, we switched the planks for some wall sits:

60 second wall sit, followed by 10 Around the Worlds

Next up was a song challenge – Bodies by Drowning Pool…squats throughout the song, burpees when it’s time to “let the bodies hit the floor!”

We finished all this a little faster than I expected but luckily Kodak had a pair of dice so we took turns rolling and calling out our *favorite* exercises and doing 10x the number rolled: