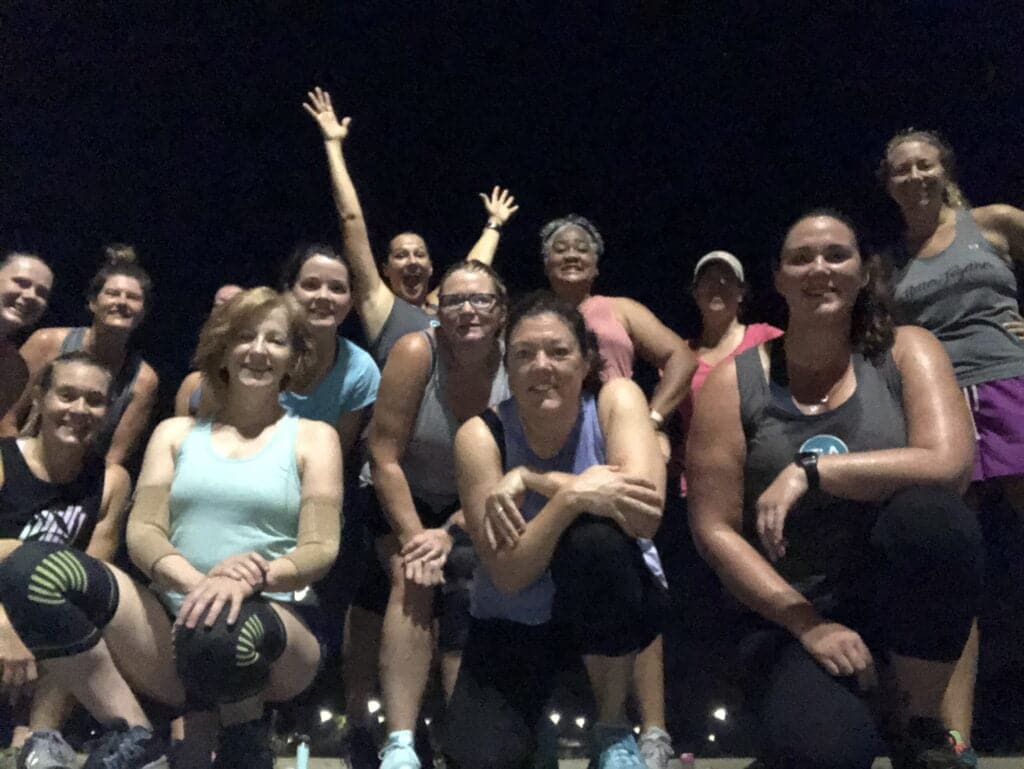 Ah, the Wagon Wheel.  It was brought to us by Partly Cloudy long ago never to be heard of again.  Until now. It was met with mixed results the first time around due to fresh cut wet grass and girls getting dirty.  I decided to try it in the parking lot this morning.  We still got grass on our shoes due to the medians but at least no grass on our hands.  I kept our form of movement in the upright position to help out.

First was warmup.  I called on different ladies to choose which they would rather do.

I had a cone set up in the center of the Wagon Wheel with 6 other cones set up around the center cone.  Everyone started at the center of the wheel and went out to each spoke individually.  They had to go back to the center every single time and do that exercise before moving on to the next spoke. Each spoke had an exercise to be performed.  We ran to get from the center to each cone and back. I had planned for everyone to  power skip between cones for the second around but forgot so we ran each round.

We finished up in time for COT and nameorama.

We were so excited to see Bourbon back for her first beat down in a long long time.  We hope to see you at many more and are glad you are feeling better & able to join us.  It was nice meeting Freedom for her second ever beat down and hope she joins us again.