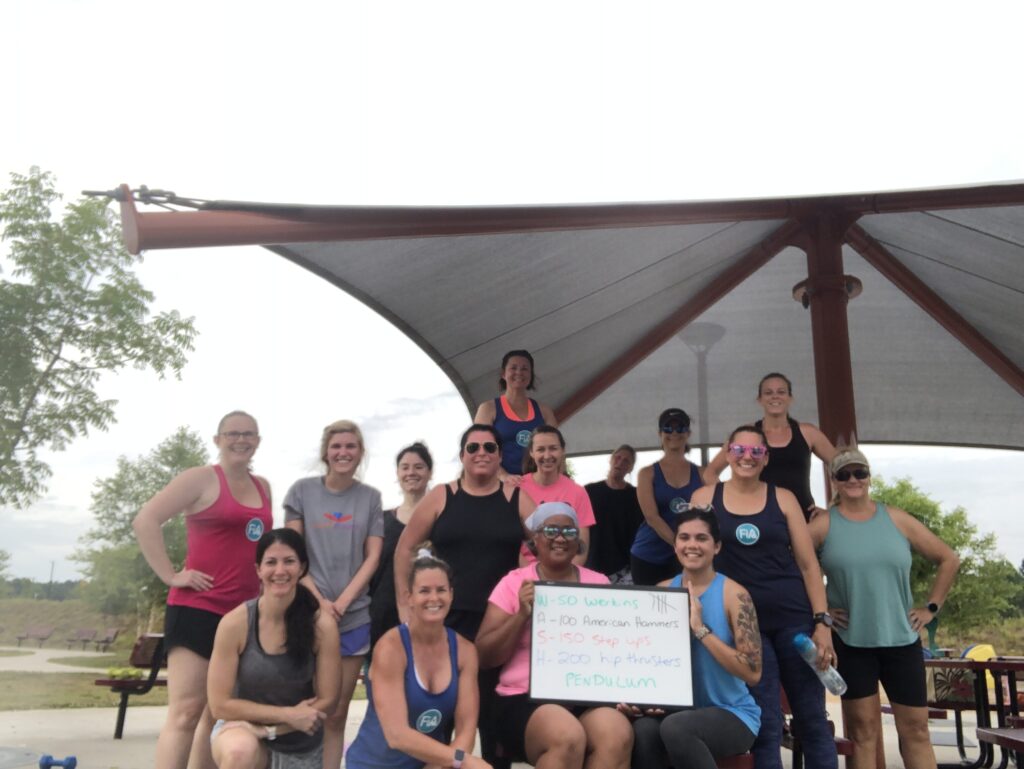 What a beautiful group of women who showed up and out today.  Summertime you never know how many people will be able to come with sports, vacation, new locations, life, etc so I was excited we had such a great crowd today.  We started with a warm up of Never Have I Ever over 40 Edition.  I giggled when I found it online and found a good time to use it.  If you had done the item then you did jumping jacks and if you hadn’t you did high knees.

2. Peed your pants while laughing

3. Pulled a muscle while getting out of the bed

4. Need a full day to recover from a night out

5. Google searched text abbreviations to find out their meaning

7. Lied about your age

8. Know every word to the Grease soundtrack – should have substituted Dirty Dancing right here and probably would have had more yes

10. Been told you are not dressed appropriately for your age

11. Had a Cabbage Patch doll when you were little

13. Been carded and felt good about it

14. Accidentally sent a text to the wrong person

I didn’t do the whole list but did include it in the pics section so you can read the rest.

We then started on the WASH.  We broke this up into 5 rounds with a lap at each round kind of like the Murph at Memorial Day

We then moved to the Pendulum which is a squat, right lateral leg raise, squat, left lateral leg raise.  We did that for the whole song of Salt N Pepa’s “Whatta Man”.  I thought the song was a little shorter than what it really was so I cut it off at 4 1/2 minutes.

Next we did triple check.  Group up in 3’s and one person runs while another does bicep curls & the last does in & outs.  Keep trading until all of you have done each exercise 3 times.

We then circled up for COT and name o rama before celebrating Bridesmaid’s birthday today.  Thank you all for joining me this morning.