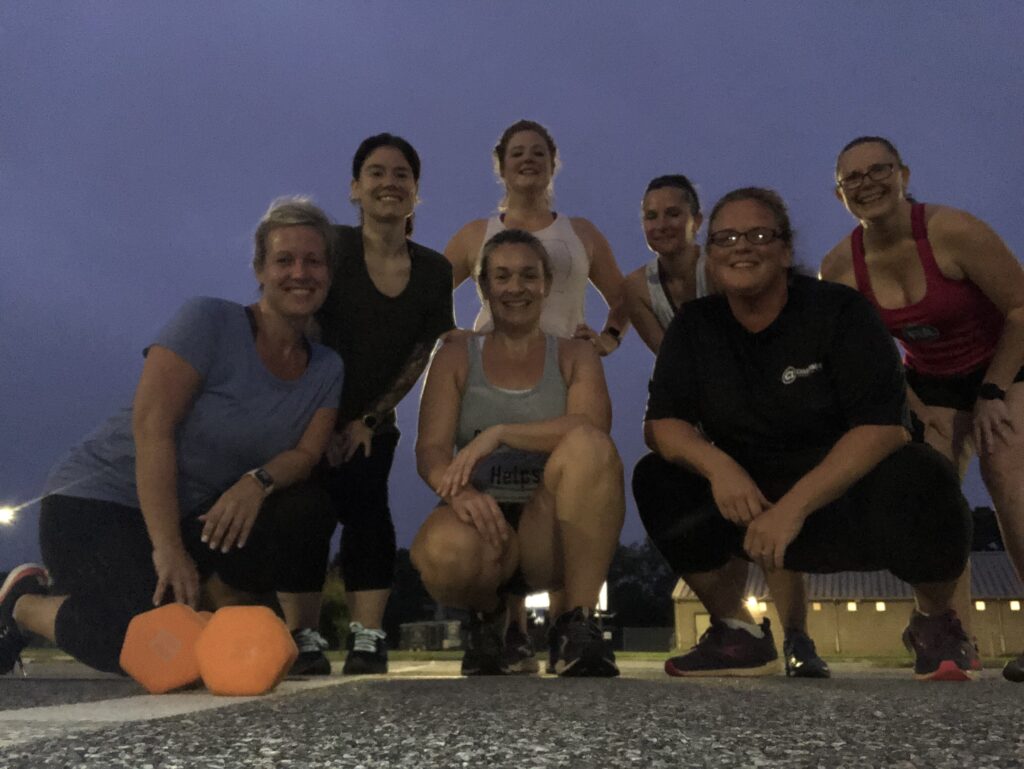 Yes, I know it is ironic that I led the traditional beatdown that included cardio this morning while Whole Coconut led the LIFT workout since she is the runner and I am clearly not.  But to get on the Den Q sheet you have to do it in advance so I’ve been on there for several weeks.  I had almost 5,000 steps by the end of the beatdown so I’ll crush my step challenge today at least.  Six beautiful ladies joined me for the Wagon Wheel.  But first we started with the warm up of Would You Rather?

Megaphone chose 15 through the tunnels over 10 toy soldiers.  Golden Rule chose 15 BGSU’s instead of 30 lbcs’s.  Choo Choo chose 25 glute bridges over 15 3 count push ups.  And lastly Aquamarine chose 10 180 jumps over 1 min fast feet.  We then moved on to the Wheel.

Round 1  mode of method between the cones was run and you did 5 tuck jumps at the middle.  The other exercises were:

Round 2 mode of method between cones was power skip and you did 5 star jumps at the middle.  The other exercises were:

Round 3 you had your choice of doing the exercise from either of the first 2 rounds.  You also chose which mode of method you wanted to do between cones.  We almost finished a full round before stopping for our picture and COT with the LIFT ladies.

Thank you all for joining me.  I so enjoy starting my mornings with you.