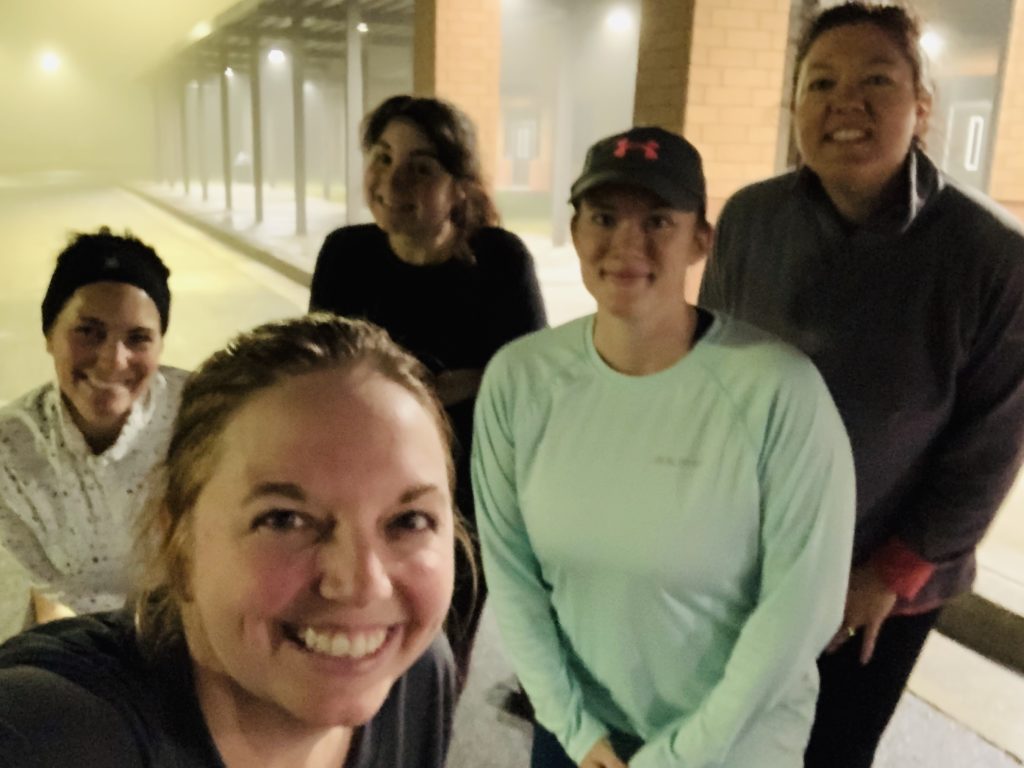 It was an abnormally warm Christmas Eve morning & I was so happy to have 4 PAX join me in trimming the Fitmas tree this morning. We warmed up with some arm circles forward, arm circles backwards, Michael Phelps, Toy Soldiers (in cadence), Through the Tunnels (in cadence) & high knees.

For the Thang, we did a pyramid Fitmas tree style. We started at the top with 10 burpees, ran to the second light post & back then did 20 reps of 2 exercises then ran & so on till we got to 60 reps of 6 exercises. We had enough time to open 2 presents. I got sneaky after taking the picture of my board below & used scrap wrapping paper to hide the exercises so 2 PAX selected a present for us to complete. We ended up doing a 60s plank & Lt Dan (we only did 4/16 due to time though).

We circled up for prayers & Name-O-Rama where we named our FNG Jesse. We named her Mad Hatter as she is a huge Disney fan & Alice in Wonderland is one of her favorite movies. She actually has an awesome Alice in Wonderland sleeve tattoo in progress.