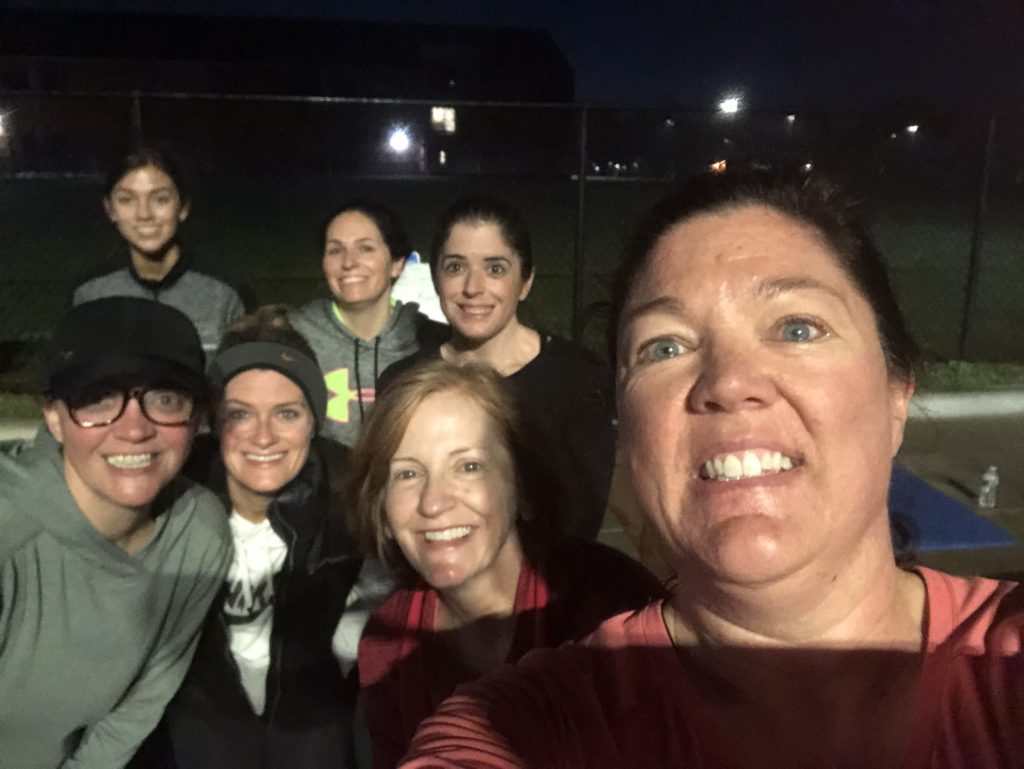 It was a crazy morning at the Hideout today! A couple of cars were in front of the school so two PAX went around to see if they were looking for FiA; it turns out that they were there early to drop a kid off for a field trip. We should have known that setting up in the bus lanes was  not the best idea. Alas, we got started with some warm up (arm circles, Michael Phelps, slow high knees and then toy soldiers in cadence.

The Thang – I don’t think anyone has brought Walls of Jericho yet to the hideout so that is what I chose for this morning. This routine involves 7 exercises with 7 reps across 7 rounds. When we got to the end of the list each round, we ran/walked to the 2nd lightpost (at first) and then the end of the sidewalk once the huge field trip buses arrived and we had to move down past the end of the covered walkway. The exercises were:

The PAX killed it and we had time to do 31 flutter kicks to check off a bingo box (we had already done 49 merkins). We then took turns naming an arm exercise or ab exercise and did 10 reps of each one to finish out the beatdown. We took a couple of prayer requests and finished with name-o-rama. Thanks for joining me ladies! So glad it was NOT raining!